Mutual Consent divorce amongst Hindus takes place under Section 13B of the Hindu Marriage Act 1955.

The divorce takes place in 2 motions 13 B (1); the first motion and 13 B (2); the second motion, with an interval of 6 to 18 months which is called the cooling-off period to be utilized by the parties to reflect whether they are absolutely sure of about their decision.

Prior to filing the First motion, the parties have to be separated for a minimum period of 1 year. The expression living separately' connotes not living like husband and wife. It has no reference to the place of living. The parties may live under the same roof and yet they may not be living as husband and wife.

Waiver of the cooling period-

The Hon’ble Supreme Court has held in Amardeep Singh vs. Harveen Kaur (12.09.2017 – SC)that where the Court dealing with a matter is satisfied that a case is made out to waive the statutory period under Section 13B(2), it can do so after considering the following:

ii) all efforts for mediation/conciliation including efforts in terms of Order XXXIIA Rule 3 CPC/Section 23(2) of the Act/Section 9 of the Family Courts Act to reunite the parties have failed and there is no likelihood of success in that direction by any further efforts;

iii) the parties have genuinely settled their differences including alimony, custody of the child, or any other pending issues between the parties;

iv) the waiting period will only prolong their agony.

Evidence via video-conferencing/ Power of Attorney-

It has been held in Shilpa Chaudhary vs. Principal Judge and Ors. AIR2016All122 that dispensation of justice entails speedy justice and justice rendered with the least inconvenience to the parties as well as to the witness. If a facility is available for recording evidence through videoconferencing, avoids any delay or inconvenience to the parties such facilities should be resorted to. There is no requirement that the witness must be required to come to court and depose in the physical presence in the court. A general power of attorney holder can depose and also lead evidence on behalf of his principal. 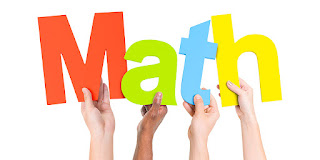 In today's environment kids have stresses that go beyond the almost 8 hours a day they spend in the classroom. This will often include family commitments, extracurricular activities and their own personal hobbies and desires. While homework, classroom projects and various assignments add more to their busy schedules – struggling with a subject can intensify the stress and threaten to take the fun out of being a kid altogether. Math can often be the source of this stress as it doesn’t come easy to all children and the nature of math as a subject is such that the concepts build upon each other over time. When children struggle with math it can be especially difficult as they may become disengaged as the concepts become more foreign and challenging as each school year passes. Witnessing this can be disheartening for parents and while it’s key to acknowledge that math challenges don’t indicate a lack of intelligence or motivation to learn, it’s also important to recognize there Are you planning for Costa Rica Relocation ? If yes, you will need to book a good Costa Rica Shipping agency . Costa Rica is blessed with two beautiful coastlines, the Caribbean coast and the Pacific coast. Both the sites have incredibly beautiful spots to visit enjoying Costa Rica’s pacific coast is one of the best ways to spend your next Costa Rica trip .  Warm sunny days on palm-lined beaches, inviting surf and incredible treks through the dense jungle are just some of the highlighting experiences to be had in this oasis. Whether you are looking for luxury or rustic backpacking adventures, these are some of the best places to stay on the pacific coast of Costa Rica. Tamarindo: It is an incredible Costa Rica beach town that is packed with all that you could love about Costa Rica. Nestled in the Guanacaste Province, on Costa Rica’s pacific coast, Tamarindo has umpteen numbers of places to offer. Tamarindo is sandwiched right in between two national parks. There are plenty of beautifu 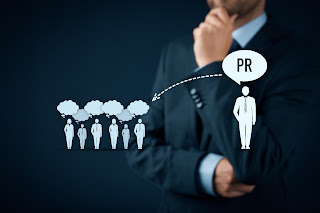 In today’s cut-throat competitive business environment it is important to build trust and credibility in the brand without spending too much. When third person provide great inputs about you it influences prospects more than advertising. The best PR agency in India gets your company in the news and will help you generate leads. Lot of business organizations do not understand the importance of public relations. Organizations that actively engage in digital PR and marketing tactics are more likely to capture the attention of customers and prospects and achieve the kind of business results that create long term business success. Here are reasons why PR is beneficial for your organization: Generate business leads: Effective public relations can improve the business outcomes by generating new leads. When your company is covered in the targeted media outlets it becomes more visible to the prospects. The top 10 PR agencies in India synchronize PR with the digital marketing and create oppor